I have previously written in this blog about the shortcomings of quantitative easing (QE). This was before the coronavirus pandemic and in a rather calm economic environment. The Fed was slowly reducing it's balance sheet and there was a brief time frame where it seemed like some small amount of normalization in monetary policy was possible. The pandemic has quickly crushed those hopes. 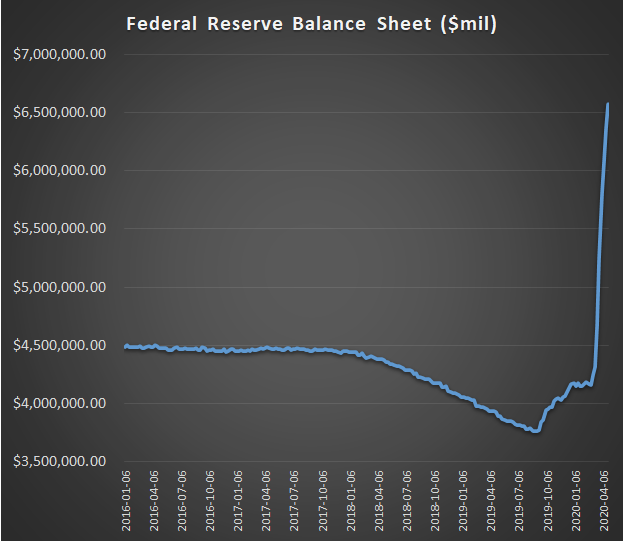 Rather than a steady reduction in the balance sheets of the central banks we got a hockey stick type increase, that makes the quantitative easing in the wakes of the financial crisis look small.
But the problems with QE outlined in the previous post will become even more pronounced in a global pandemic. While a lot of smaller companies had to either furlough or lay off employees, larger companies like Facebook are able to hand out bonuses:

Facebook Inc. will give all of its full-time employees an additional $1,000 in their next paycheck and will give everyone the same “exceeds expectations” performance review for the first half of the year.
By giving all of its roughly 45,000 full-time staffers the same review, Facebook is ensuring that all of those employees receive their biannual bonuses.

Because larger companies already have access to capital market the swift intervention by the Fed in the treasury market (and (potentially [1]) in the corporate bond market) massively helps acquiring the necessary funds to bridge the revenue shortfall. Smaller companies on the other hand might have to apply for a loan with their local bank, go through a lengthy application, while their cash on hand plus the government guaranteed loan will still not be enough to retain most of their employees. On top of that lots of smaller companies are not financed via the capital markets or even external debt and have little to benefit from the measures taken by the government or the central banks. If such a sudden collapse in demand occurs declaring bankruptcy might in many cases make more sense for business owners than dealing with late payments, overdue rents, furloughing employees and and hoping that government backed loans will suffice to bridge the revenue gap. And even though the governments subsidizes loans and makes the interest rate free, they will still have to be payed back eventually, which a business with low margins is unlikely to ever be able do.

A look at the ratio between the Nasdaq and the Russell 2000 [2] outlines this disparity nicely. While the previous height was due to the frenzy during the dotcom bubble, the current peak reflects an ongoing trend that started in 2007. Technology companies are often winner takes it all markets and as a result smaller companies are either going out of business or are continously forced to work in smaller niches.

The pandemic has therefore put an ongoing process of increased digitalization on stereoids. Which means the effect on technology companies and more traditional businesses will vastly differ. While online shopping stores have seen their orders skyrocket, traditional stores were forced to close. A lot of people turned to online shopping for the first time and most of them will not miss shopping at brick and mortar stores. While this transition was obviously happening, the pandemic has supercharged it. 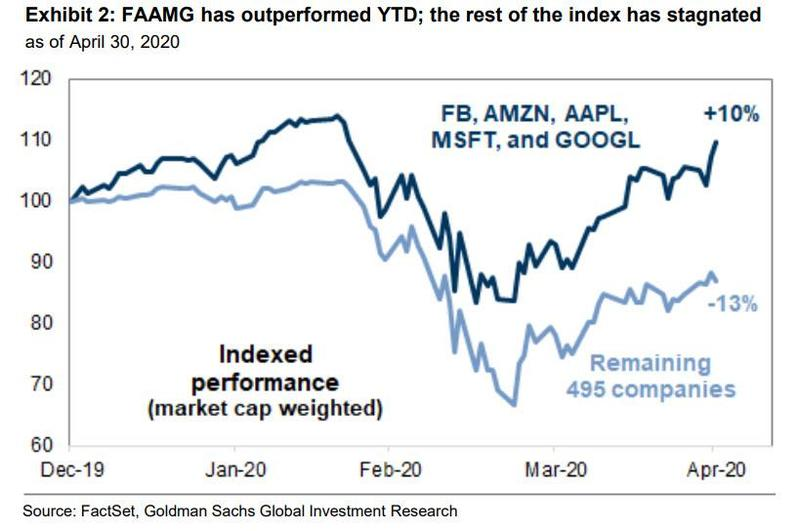 Employees working at large corporations will leave the quarantine well rested because they could work from home, whereas lots of people in the more traditional sectors will find it hard to make ends meet and find any job at all.

These vastly different experiences during the pandemic and in the coming months are the perfect predisposition for widespread social unrest around the world. Unemployment after the great financial crisis of 2008 was a fraction of the current number of unemployed. And while a considerable amount of those people will likely find employment again when Covid-19 is under control, another large part of the work force will struggle to find a job for a long period of time. Society will rightfully call the current social contract into question, as an ever smaller part of the workforce sees meaningful increases in real wages.

Since the start of 2013 when I first started trading Bitcoins I've had my fair share of both good and bad experiences with Bitcoin exchanges. A new, global and unrestricted financial system is currently being bootstrapped and the centralized exchanges are still its weakest link. The missteps of exchanges like